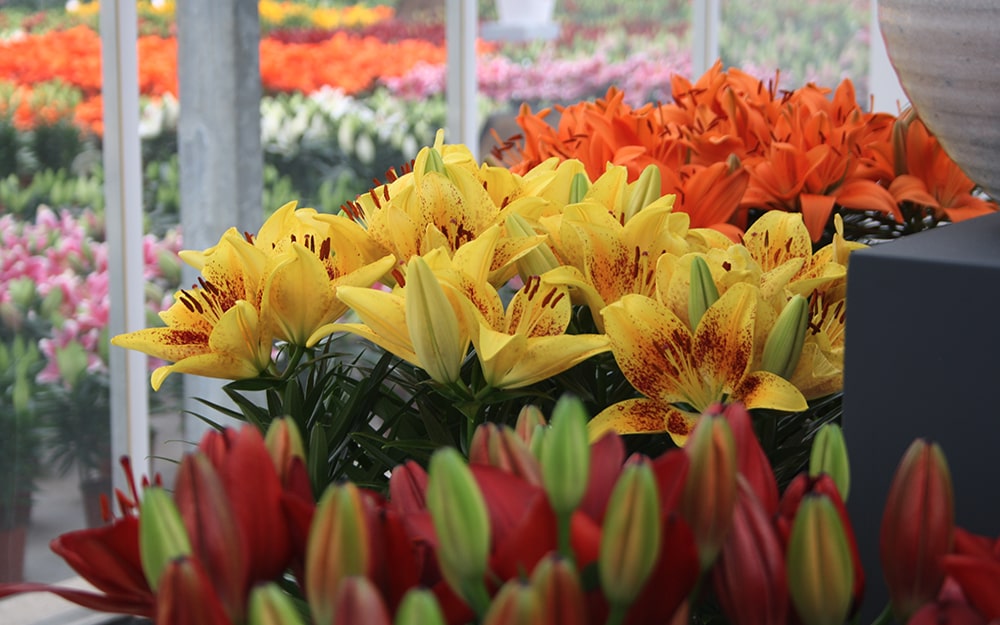 Lily Looks opened its doors for the 7th time during the FlowerTrials. During these open days, the visitor was given the opportunity to take a look at the Lily Looks show greenhouse.
In the greenhouse were all the well-known varieties of Lily Looks, but we also showed you what the newcomers will be! The emphasis is on more intense colors and better shelf life. A number of possible new lines were also shown, including Martagon lilies (garden lilies). All varieties were grown in our production company and were presented in the greenhouse. From the 4 series (Tiny series, Sensation series, Sunny series and Double series), a spacious set-up was made in bulb and pot sizes so that a good comparison could be made.